I looked in the mirror this morning and discovered I have white measles. Well  Stalactite white measles to be exact. They have even infected my glasses!  I HATE painting ceilings.
I was also under the delusion that the living room ceiling was white. One good thing about cream tinted paint is it makes it very easy to see where you’ve missed a bit. The bad thing about painting over cream tinted paint is it makes it very easy to see where you’ve missed a bit 4 hours later….
Which raises the question of ‘how good does it have to be?’ I look at the ceiling (of course after two days of staring up while scraping out the myriad of cracks, plastering them, sanding them smooth and then painting, the ceiling is all I can see (through the paint specks), I’m not sure my neck bends down any more,) and I see flaws. Roller marks, brush marks near a light fitting, bits that were over rolled, the bit I had to  touch up later to cover the cream… Will anyone else notice them, or is it just because it’s the brightest cleanest thing in the room that I spend all my  time staring at it at the moment?  I never claimed to  be a professional painter. And I’ve had to paint around the furniture. It’s hard to keep all the roller strokes running the same direction when you have tables and chairs piled around the room to run into and  light fittings to work around.  When I have occasional moments of clarity I hit myself over the head with the fact that it is a lathe and plaster ceiling. It’s not straight. It’s not level. It is never ever going to look like a modern plaster board roof. Never. But it is done now!

I have  running filtered water in the laundry! Since it never really runs cold at this time of year it’s actually very handy to  fill  the bottles in the fridge. What’s more it’s installed and (touch wood) it doesn’t leak. I only had to  take it apart  twice to  get it to  that stage (thanks for not including any instructions on how to actually attach the hoses to the filter, guys! They might be a fitting you’re familiar with, but I had to  work it out by trial and wet error.)

In the process of putting everything back in the cupboards under the sink after having the place bug sprayed on Monday I did a little rearranging. All my life the rubbish bin has sat on the floor –  first in the laundry, and then in a recessed bit under the bench in the kitchen. It’s the first thing I see as I walk in – and since I bought a new stainless steel one last year, all I notice is how dirty it looks (even when it’s clean!) I was theorising to  my sister  the other day about one day putting the bin in the cupboard beside the sink – tossing the wire bottomed drawers that are currently there (for storing root vegies, which I don’t store because they always start growing) and swapping the hinges so it opens to  the sink and putting in one of those  bins that opens as you  open the door. Well  today I tossed the drawers outside and put the pedal bin in the cupboard. And it works. LOL. Well it works when I remember where the bin is. The amazing thing is the kitchen looks huge without the bin in the corner. Going to put some shelves where the bin was and put doors on it – Yay extra cupboard! 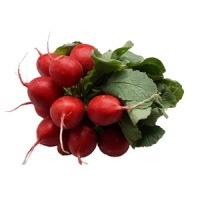